The World Needs Our Feminine Embodiment 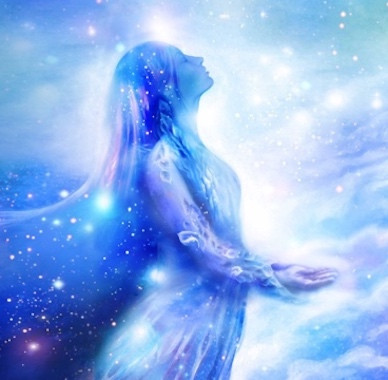 Astrology is an ancient esoteric science that reveals our soul’s gifts and evolutionary pathways on this beautiful Earth. What many women don’t know is that astrological understanding is evolving also. In particular with the discovery of planetary bodies that carry Divine Feminine archetypes. The placement and rhythms of these planetary bodies, along with their associated mythology, can guide us both individually and collectively into new levels of feminine embodiment and leadership. Feminine leadership is a primary focus of 2020 astrological energies. It’s the gateway we are walking through to true care-taking of each other and our planet, living from enlightened values and powerful agency in our world.

The Wisdom of Feminine Intelligence

Pallas Athena, Greek Warrior Goddess of Wisdom is involved in most of the major planetary line-ups this year through to November. She’s the symbol of feminine intelligence that disregards linear goal orientation in favour of holistic knowing. Feminine intelligence naturally sees the implications of any one action on the whole. It’s inter-connective; it reveals and safeguards the integrity of what truly matters. Athena was friend to the Greek heroes and guided their quests to completion through strategy rather than competition and conquest. As such Athena represents the evolution of how we use our intelligence in a patriarchal world and with the men around us. She shows us where and how to use our instinct in smart ways, standing strong in the wise female perspective that has been denied and denounced over eons. Pallas Athena is in Capricorn until 30 April, then again from 3 June to 7 December. Athena key question: Where is the step up in allowing your creative feminine intelligence to be seen and heard in the world?

The Dark Is Not What We Think It Is

Black Moon Lilith is a powerful Dark Feminine archetype. In mythology she is the first wife of Adam, created equal to him, not from his rib like Eve. Lilith refused to ‘lay under’ Adam, which caused a bit of a crisis with creation. Even God’s angels could not persuade her to return to him. Black Moon Lilith in astrology shows us where we carry the wounds of inequality, feelings of rejection and humiliation about our femaleness, deep shame, particularly in sexuality. She shows us what we reject in ourselves because it has not been honoured as equal or valuable. During 2020 these dark layers are radically opening up as a source of transformative power in us, if we are willing to face them. Black Moon Lilith is involved in 2020’s major planetary line-ups until late December. Lilith key question: What deep dark secrets are you allowing to hold power in you?

Time to Stand Up!

Dwarf planet Eris, on the outer edges of our universe in the Kuiper Belt, connects us to the energy of the Greek Goddess of Discord. Eris was considered to be a mischief-maker. Yet at core her energy is about revealing the truth of the shadow. She acts as a catalyst through bold statements and actions. She provides out-of-the-box solutions to seemingly unresolvable challenges or conflicts. Eris was only discovered in 2005 so astrologers are still researching the deeper meaning of her contribution to our collective awareness. It seems she represents the ways we control or abuse the body and the shadows of our animal nature, and how that has a direct impact on our relationship to the environment and our Earth. Eris energy is strong right through this year. In one of her myths she actually reversed the natural order. In that, she’s immensely significant in our current predicament. Eris key question: Where is truth most needed in your life, even though it may rock the boat?

Chariklo is a beautifully soft feminine archetype. In Greek mythology she was the wife of Chiron, the centaur known as Wounded Healer. She shape-shifted from fish-woman into horse-woman in order to be with him. She was an aide in his teaching, supporting him during years of chronic pain and through his ascension into his star body as the constellation of The Centaur. Chariklo connects us to flow, to our capacity to transmute our self into finer vibrations. She holds the capacity to shape etheric energy and shifts herself into forms that best serve love. Chariklo is the one to call on when we need to make transitions, when we’re unsure of the path of love or need a magical transmutation to take place. Chariklo in us knows how to guide the mystic processes of metamorphosis that embody deeper love. Chariklo travels with Lord of the Underworld Pluto in Capricorn all year, softening his deep demand for radical change with her magic. Chariklo key question: What shadow in you needs gentleness in order to be transmuted naturally?

Inspired by what Whole Woman shares?
Donate on the link below: